The Rutgers Center for Gender, Sexuality, Law and Policy welcomes Linda McClain, Professor of Law, Boston University,  for a lunchtime lecture titled “Am I A Bigot?”: Debating Mixed Marriage in the 1950s and 1960s as a Problem or Sign of Progress on April 18th from 12:15-1:15pm in room 125 of the Rutgers Law School located on 123 Washington Street in Newark, NJ.

Linda C. McClain is known for her work in family law, gender and law, and feminist legal theory. Her scholarship addresses the respective roles of families, other institutions of civil society, and of government in fostering citizens’ capacities for democratic and personal self-government. During the 2016-2017 academic year, Professor McClain will be a Laurance S. Rockefeller Visiting Faculty Fellow at Princeton University’s University Center for Human Values. Her current research examines controversies over claims of conscience and the scope of religious liberty in the context of marriage equality, antidiscrimination laws, and health care. She has engaged with prominent communitarian, civic republican and feminist critiques of liberal legal and political theory and offered a reconstructive liberal feminist approach to such matters as privacy, family and marriage, reproductive issues and welfare law. Her work also addresses sex equality as a legal and constitutional commitment and public value, the responsibility of government to promote equality, and societal tensions over equality and its relationship to other values. She is the author of several books (described below) and numerous articles and book chapters.

McClain has organized interdisciplinary conferences at BU Law, published as symposia in Boston University Law Review, including: The Civil Rights Act of 1964 at 50: Past, Present, and Future, and Evaluating Claims about ‘the End of Men’: Legal and Other Perspectives. She is affiliated faculty in BU’s Women’s Gender & Sexuality Studies (WGS) Program and coordinates the law school’s participation in the WGS Certificate Program for JD students. She is also faculty advisor to the Women’s Law Association. From 2010 to 2014, she was a faculty fellow at the BU School of Theology. She contributes to the blog, Balkinization, and frequently speaks to the press on issues concerning family law and marriage. Since 2013, she has been co-editor of the annual book review issue of the Tulsa Law Review.

Professor McClain is past chair of the Association of American Law Schools Section on Family and Juvenile Law and served on the Planning Committee for the 2015 Midyear Workshop, Shifting Foundations in Family Law: Family Law’s Response to Changing Families. She is a member of the American Law Institute, the Council on Contemporary Families, the American Political Science Association, and the American Society for Political and Legal Philosophy. Since 2000, she has been on the advisory board of the Feminist Sexual Ethics Project at Brandeis University. A former faculty fellow at the Harvard University Center for Ethics and the Professions (now the Safra Center), Professor McClain has been a visiting professor of law at Harvard University, the University of Pennsylvania, and the University of Virginia. Before joining the faculty of Boston University School of Law in fall 2007, Professor McClain was the Rivkin Radler Distinguished Professor of Law at Hofstra Law School, where she was also co-director of the Institute for the Study of Gender, Law, and Policy. Prior to entering the legal academy, she practiced litigation at Cravath, Swaine & Moore. 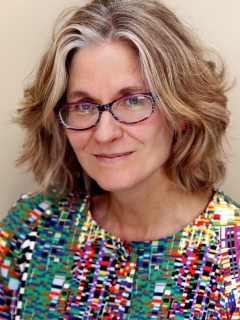