Making an Impact through Policy Leadership with Hannah Pennington (RU 2001) 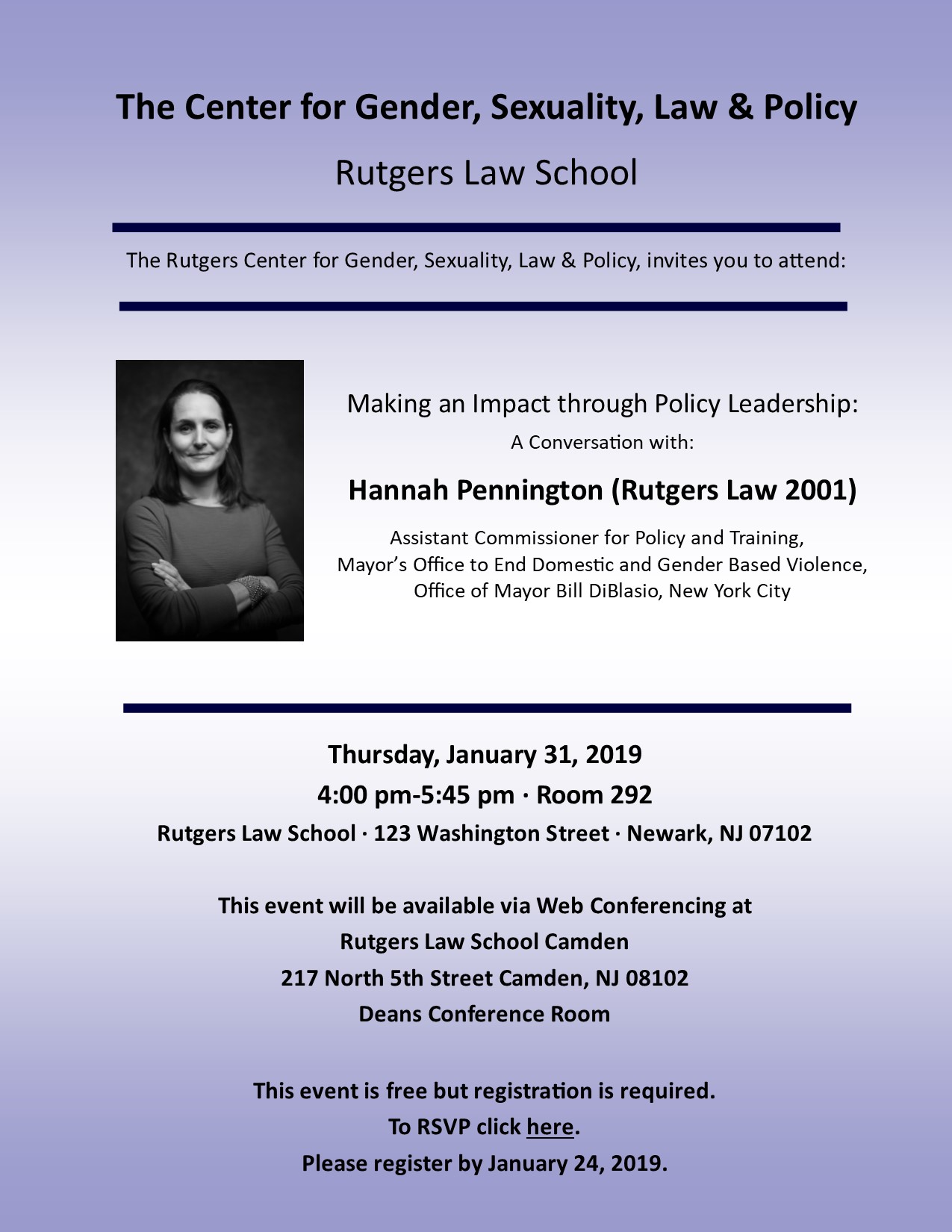 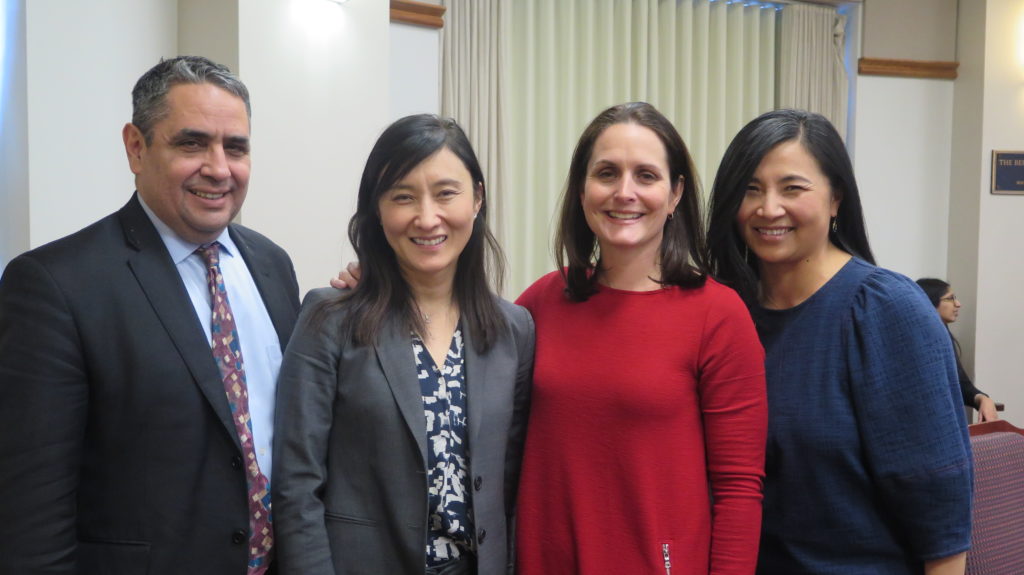 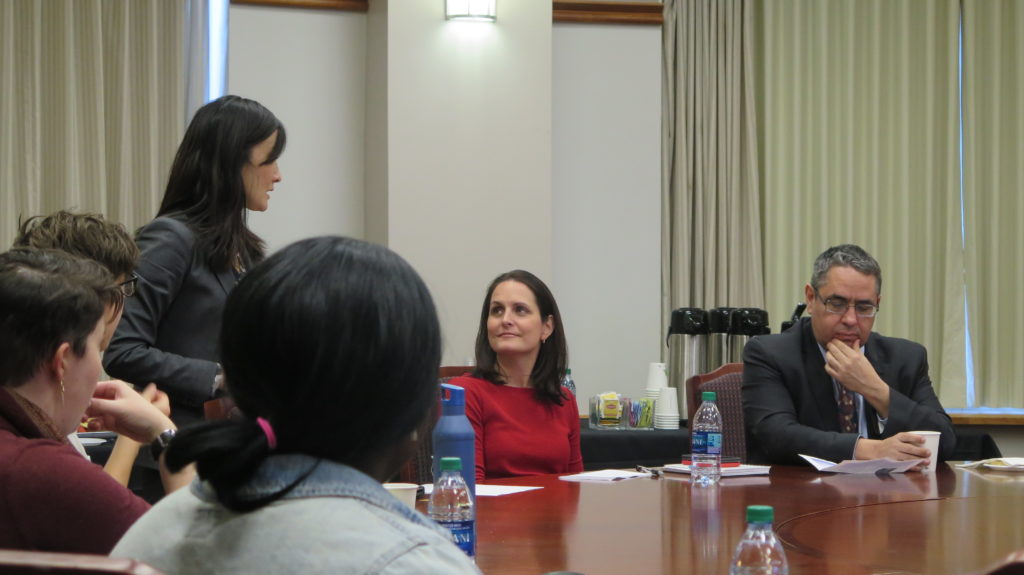 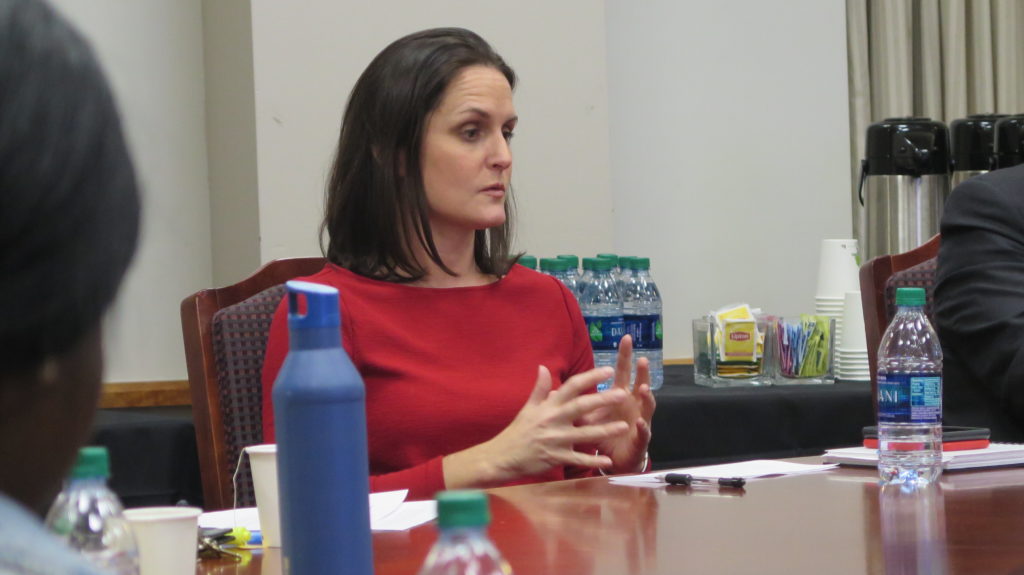 Hannah Pennington is the Assistant Commissioner for Policy and Training at the Mayor’s Office to End Domestic and Gender Based Violence (ENDGBV), formerly known as the Office to Combat Domestic Violence. Previously, Hannah served as the ENDGBV’s Director of Policy and before that Executive Director of the Manhattan Family Justice Center. Hannah came to the Mayor’s Office from Sanctuary for Families where she was Director of the agency’s Bronx Legal Project housed at the Bronx Family Justice Center. Hannah started her legal career in private practice as an associate at Debevoise & Plimpton LLP, where she worked on various commercial litigations and government investigations for over seven years. She graduated from Rutgers Law School and the Cornell University School of Industrial Relations. While at Rutgers, Hannah co-founded the Domestic Violence Advocacy Project and secured a federal Violence Against Women Act grant to fund the program.